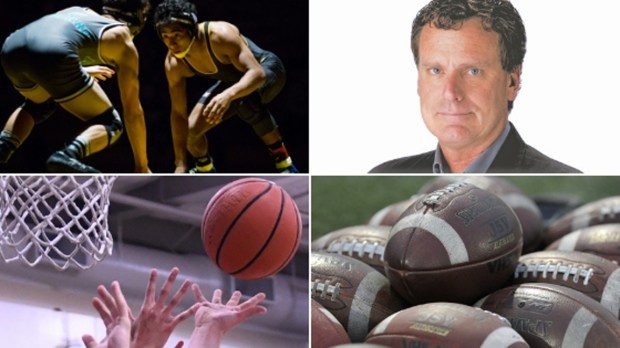 Capistrano Valley did not have the most representatives at this past weekend’s CIF-Southern Section individual wrestling championships.

But the Cougars sure made the most of them.

Cougars sophomore Trent Houle was champion at 145 pounds and was named lower-weights MVP. Rodrigo Hernandez, a senior, was the 195-pounds champion.

Other Cougars qualifying for the Masters were junior Victor Salceda at 113 pounds, Angel Anguiano at 220 and Randy Arriaga at 285.

Hernandez has older brothers who wrestled, including Gerardo Hernandez who graduated last June after finishing third in the CIF State meet and winning three CIF-SS championships. He was a soccer player for three years at Capistrano Valley before this school year returning to the sport he had participated in at the youth sports level.

“I saw more opportunities in wrestling,” Hernandez said. “I adapted back into it real quick.”

Houle, who has a 4.5 grade-point average, also is not exactly a guy one might expect to succeed as much as he has on the mat.

Houle had an ear partially detach at a meet earlier this season when his headgear slipped and got pulled by an opponent, with his ear getting caught in the process. The ear was glued back into place and Houle moved along.

Anguiano said going 5-for-5 in advancing all the Cougars CIF-SS wrestlers was satisfying.

“It was nice,” he said, “to finally be able to show what our team has really been all about.”

• Fountain Valley won the CIF-SS Northern Division team championship by points accumulated at the division’s individual championships. Barons champions were junior Matthew Fee at 220 pounds, freshman Sean Solis at 106 and Max Wilner at 160. The CIF-SS has six divisions in its individual wrestling championships.

• Servite and Villa Park are sending 11 and eight wrestlers, respectively, to the Masters Meet.

• Admission to the CIF-SS Masters Meet is, each day, $12 for adults and $5 for students with valid student identification and for children 13 and younger. Parking is $2. Parking passes can be purchased at machines located at the Cerritos College parking lot.