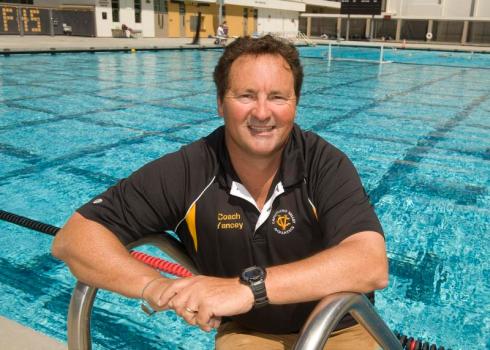 “I want to thank all of the Administrators, Coaches, Parents, and Athletes that have helped and assisted me to do both jobs, while I was at San Clemente HS and Capistrano Valley HS,” Yancey said. “Without them, I would have never experienced the successes that were such a blessing during my tenure.”

Yancey’s success in water polo and swimming made him one of Orange County’s most well-rounded and respected aquatics coaches.

He was an Orange County Register coach of the year in both sports and has run the ultra-competitive and popular Capistrano Valley swim relays for many years.

He also led the Cougars’ boys water polo team to the CIF-SS Division 3 finals in 2015, where they fell to Murrieta Valley.

Yancey arrived at the Capistrano Valley after a successful tenure at San Clemente. He led the Tritons to the a CIF-SS Division 4-A title in 1991 with future Olympian Jeremy Laster, now the coach at Santa Margarita. Laster became a standout at Stanford.