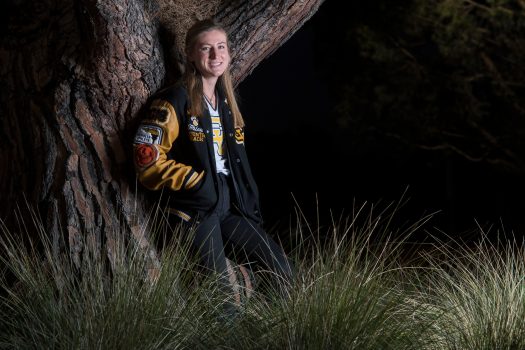 The Oklahoma-bound senior finished her 2016 season in unfamiliar positions – eighth at CIF-SS Finals and 21st at CIF State.

Herberg put in a year of training and focus, and she finished 2017 where she wanted to be – on top.

Herberg won the Orange County Championships, CIF-SS Finals and CIF State titles, and for these accomplishments she has been selected as the Register’s girls cross county athlete of the year.

“It’s absolutely exceeded my expectations,” Herberg said of her season.

Herberg won seven of her 11 races this season with two third-place finishes – both personal records at their respective distances – and fourth once. The other was at the Nike Cross Nationals where she earned All-America honors by finishing in 17th place.

Herberg’s season kicked into gear with an incredible 16-minute time at the Woodbridge Classic followed by a late pull-away win at the Dana Hills Invitational.

“I felt really fast (at Woodbridge),” Herberg said. “ At Dana Hills, I saw that Woodbridge wasn’t a fluke. Having to battle and outkick Kristin Fahy (of La Costa Canyon) … Dana Hills was where I thought I might have it.”

From there she won the O.C. Championships title, a league title and had a win at the CIF-SS prelims.

As the final two CIF meets approached, Herberg did all she could during the week to be at her best. She tapered her training and wore the most comfortable shoes she could find all the time.

“I felt a lot better this year than last year going into state,” Herberg said. “I had kind of fallen off going into finals last year. There’s only so much your mind can do and sometimes your body just doesn’t respond.”

In the 2017 title races, Herberg’s mind was set and her body followed to championship glory.