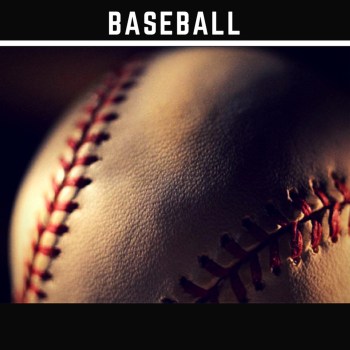 The Cougars, who are ranked No. 10 in the county, made zero defensive errors, bunted runners over and made smart base running decisions.

Capo Valley (5-2-1, 2-1-1) manufactured all four of its runs. Nobody had a run-scoring hit for the Cougars and all four runs were due to aggressive base running and RBI ground outs.

“Our league is stacked with such great pitching and we really have to make sure we grind out our at-bats,” Capo Valley coach Adam Sorgi said.

Trailing 1-0 in the second inning, the Cougars took advantage of defensive miscues by Tesoro to get on the scoreboard. Danilo Tiotuico led the inning off with a walk and advanced to second base on a ground ball. Jack Haley struck out on a ball in the dirt, but hustled to first base and forced a throwing error by the catcher and Tiotuico scored to even the score.

After a single from Kevin Fedoruk, Brennan Beckley grounded out and Haley scored to give the Cougars a 2-1 lead.

Capo Valley added some insurance runs in its half of the fifth inning. After a leadoff walk, Chad Call bunted the runner to second base. Nathan Benefeito hit a single and the Cougars had runners on the corners with one out.

Benefeito attempted to steal second base and got caught in a rundown. During the attempt to tag out Benefeito, the runner on third ran toward the plate. The catcher bobbled the throw home and the run scored to give Capo Valley a 3-1 lead.

Benefeito advanced to third on a wild pitch and Cal-signee Nathan Manning grounded out to score the Cougars’ fourth run.

Stevens walked the first two batters in the sixth inning and Sorgi turned to Eric Schumann to get out of the jam. The senior lefty got a fielder’s choice and the next two hitters to fly out to end the inning.

“He has been sick with the flu all week, and today was his first day back at school,” Sorgi said of Schumann. “He continued to do his work on the side and came in in a big spot and we really needed him today.”

Tesoro (4-5, 1-1) made the Cougars sweat it out in the seventh inning. The first two runners reached base and Nick Pinto hit a run-scoring single to cut the lead to one.

With two outs and a runner on, Ryan Flaherty crushed a ball to the warning track, but Manning made the catch at the fence to end the game.

“Credit to that last batter, he hit that ball as hard as he could hit it,” Sorgi said. “It got caught up in the wind and we are thankful for that.”

The Cougars have won two consecutive games in the South Coast League, which will likely be a tightly contested race the entire season.

“Everybody is going to beat up on everybody,” Sorgi said. “So every win you can get, especially on your home turf, is important.”